The Bavarian Chapter of the Society of Spanish Researchers in Germany

PHOTON is where Science meets Arts, where the concept of beauty is redefined, where your creativity will make you win. Make a click & take a photon!

Photon is an open scientific photography contest organized by the Bavarian Chapter of the Society of Spanish Researchers in Germany (CERFA). The aim is to fuse Science and Arts in order to bring the civil society and the scientific community closer together. The secret beauty of science will be unveiled and your creativity will make you win.

You are a researcher that does not know where to put all those cool images that you took from a neuron cell; you have never been a scientist but you know how to capture a scientific milestone; your brain is scientific but your heart is artistic or vice versa; you have been just in the right moment and in the right place. Do not hesitate, make a click & take a photon!

The submitted photos will be judged by an interdisciplinary panel of artists, scientists and members of scientific agencies. The selected ones will be exhibited and the best ones will be awarded with great prizes. Please read carefully the guidelines in order to participate.

#In-science: photos acquired for or during a scientific research activity.

PARTICIPANTS: All students/researchers, photographers, artists as well as any person interested in Science and Art living in Germany. Participating in this contest implies full acceptance of the following rules and compliance with the decisions of the jury and the organization.

SUBMISSION: Each participant may submit a single photograph, which must be original, unpublished and not awarded in other contests. It should be free of third-party copyrights. Participants are responsible for authorship and originality of the pictures, claiming to be authors themselves and being able to use them. The picture will be submitted in digital format, and be accompanied by an explanatory text (in English) about its scientific or technological interest written in a language accessible to the general public. Photographs must be sent in a single email with the subject “CERFA PHOTON CONTEST” to photon.cerfa@gmail.com, containing 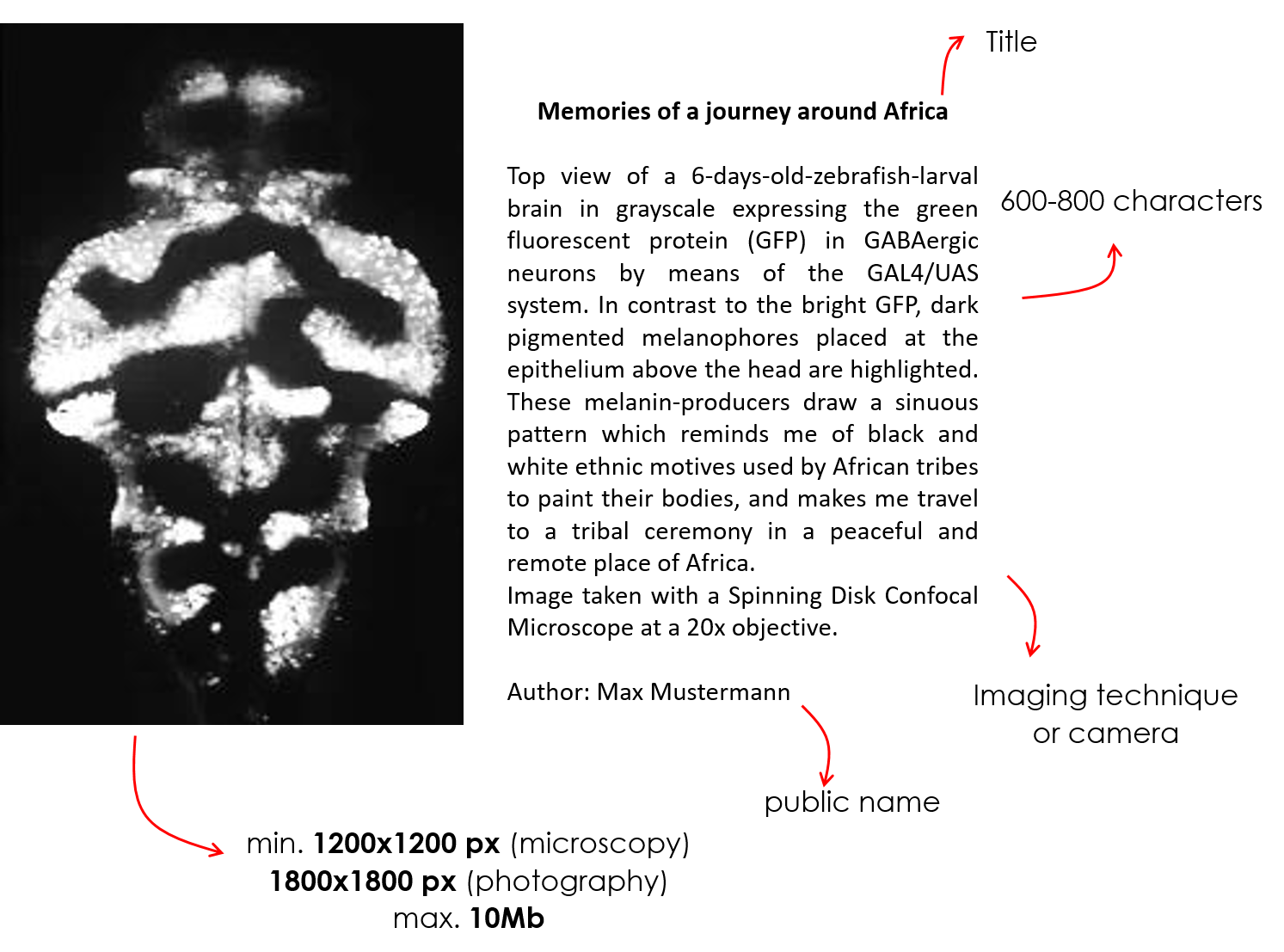 – Title of the photograph and explanatory text between 600 and 800 characters (with spaces and titled included). No pdf.

*This data will not be published.

EXHIBITION: 20 images will be selected by the jury for public exhibition at:

CERFA will be responsible for printing the selected photos, and for organizing the exhibition.

The Inauguration Party with aperitif will take place the 30th March from 19h to 21h at Salon Irkutsk, all participants and interested are invited.

All the pictures participate in all categories; the jury reserves the rights to categorize them.

#Best Photon 2017: The jury will select the best picture of the contest based on a voting system – see jury section.

#In-science: Photos acquired for or during a scientific research activity from any discipline and using any method of producing an image (microscopy, photography, photos of 3D-printed objects, schematics, medical imaging, etc.)

#Popular Prize: During the exhibition at Salon Irkutsk, a ballot box will be placed in situ to receive the vote of all the visitors who wish to take part of. The recount will be carried out on the 6th April to assign the ‘popular prize’.

JURY: The jury is composed of three members (one CERFA Member, one Artist and one Expert in Science Communication). In line with the philosophy of the contest, works will be judged on technical and artistic quality, originality, scientific content, and the informative nature of the explanatory text. The jury will select the awards following a voting, according to the award categories. The jury resolution will be held over the course of the exhibition and will be released on the website of CERFA (https://sociedadcerfa.wordpress.com/photon2017). All the participants will be informed via email. The jury may declare the prize void. Any circumstances not covered by these rules will be resolved by the jury.

GET TO KNOW OUR JURY MEMBERS

Carsten Nolte studied photography in Leipzig and Vienna. He lives and works in Munich.

“Photon is an amazing project because we will have a look into the world of scientific photography. The image in a scientific context was historically not so important as writing, it was only illustrative. But today we found ways to produce very interesting pictures out of a world that you can´t see with your own eyes. Those pictures are getting more and more important for scientific theories. In contrary to the world of words you will find in the world of images, where you don´t have any linguistic barrier, a subjective value of your own diverse interpretation. I´m looking forward to experiencing the result of the project in form of  an exhibition.” Nolte C.

Guillermo Orts-Gil holds a PhD in physical-chemistry by the Technical University in Berlin (TUB). From 2008-2012 he worked on nanoparticles electron microscopy, as well as a project manager at the German Federal Institute for Materials Research (BAM). From 2013-2015 he was coordinating the Nano-group at the Max Planck Society. At present, he is an International Science Coordinator and the Scientific Delegate of FECYT in Germany at the Embassy of Spain in Berlin.

She studied Industrial Engineering in León (Spain), with stays at Vitus Bering (Denmark) and State University of New York at Stony Brook (USA). Then she moved to Cologne where she got her PhD in Inorganic & Material Chemistry, and stayed as a Postdoc in collaboration with L’Institut national de la recherche scientifique (INRS) in Longueil (Canada). Her research focuses on the design and development of novel nanomaterials and its applications in energy generation, transduction and storage. She is currently a Project Manager at Deutsche Nanoschicht, subsidiary of BASF SE.

OTHER INFORMATION: CERFA also reserves the right to use and publish images in any media in subsequent informative events held by CERFA, always with the purpose of promoting Science and always quoting the authors of them.