The WeLead international symposium was celebrated on November 17 2018 at the Technical University of Munich (TUM), in Germany, with more than 200 attendants. It got together top researchers and leaders from Germany and Spain to show the excellent work that female researchers are doing in the fields of artificial intelligence, robotics and engineering. “We want to show to the new and old generations that the glass ceiling could be broken”, said the doctor in AI and robotics Pablo Lanillos, one of the main organizers of the event, under the MSCA Selfception project. Only 20% of the directors or full professors are women in Europe. “Glass ceiling” is one of the major problems to improve gender labour equality. In the fields of engineering these figures are dramatic. A study performed in England in 2016 showed that less than 10% of the researchers in tech were women.

This event was born as a response of Munich city to this unbalance. Several research associations and voluntaries joined forces to create the concept of WeLead, an initiative that is supposed to be the first of many that will be organized every year in a different city of Germany. Together they want to show how women are shaping the future of technology. 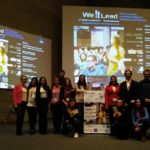 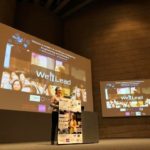 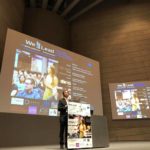 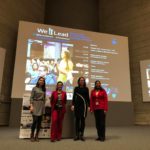 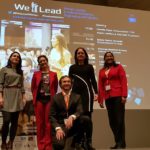 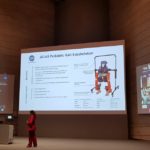 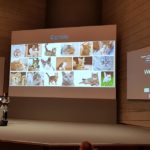 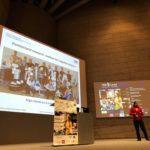 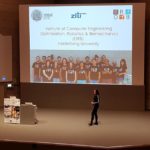 Claudia Peus, vice-president of TUM opened the event: “We must join forces to make visible women in technical fields”. Pablo Lanillos, MSCA Selfception project, and Hila Safi, from Female Tech Leaders, conducted the symposium and show that there is still a lot to do to achieve gender balance, by pointing out some discouraging comments to which women in technical fields were exposed during the last year.

Elena García Armada, from the Spanish National Research Council and co-founder of Marsi Bionics presented EXOTrainer, an exoskeleton optimized for active gait rehabilitation of children suffering from neuro-muscular disease. Karinne Ramírez Amaro, researcher at the Institute for Cognitive Systems in TUM, shared her personal experience during her studies in México regarding the number of women and introduced her project Everyday Activity Science and Engineering (EASE). The aim of this project is to apply AI methods to robotics in order to generate semantic models designed to infer human activities. Laura Leal Taixé, professor leader of the Dynamic Vision and Learning Group at TUM, gave some insights into Deep Learning and explained the main challenges that it is facing, as the data bias and the need of quality data. Finally, Katja Mombaur, professor at the Ruprecht-Karls University of Heidelberg and head of the Optimization, Robotics and Biomechanics Chair spoke about the importance of understanding the fundamental principles of human movement for the development and control of human centred robots.

The event concluded with networking opportunities. The attendants had the opportunity to exchange ideas and meet actors, such as scientists, engineers, gender equality experts, universities and companies who promoted and supported this inspiring event. Moreover, they got information about their future career in IT companies, such as Zühlke or in universities, such as the University of Bremen, and got free vouchers rides from Uber.

Furthermore, during the event participants were asked to proposed activities or measures to achieve equal access and promotion opportunities in the field of artificial intelligence, robotics and engineering. As a common ground everybody agreed that we should address all levels of education specially children. We summarize some of the proposals:

From WeLead we would like to give special thanks to Female Tech Leaders, the Technical University of Munich, especially the Department of Electrical and Computer Engineering and the Institute for Cognitive Systems, the EASE Interdisciplinary Research Center in Bremen, Zühlke Engineering GmbH, the Society of Spanish Researchers in Germany (CERFA), the MSCA Alumni Association and the speakers for their strong support in the event and their help to achieve gender balance in Robotics, Computer Science and Engineering.

More information at the web page and the social networks of the organizers:
WeLead https://weleadwomen.wordpress.com
Twitter @WeLeadWomen
Cerfa event: https://cerfa.de/blog/2018/09/11/welead-women-leaders-in-artificial-intelligence-engineering-and-robotics/ 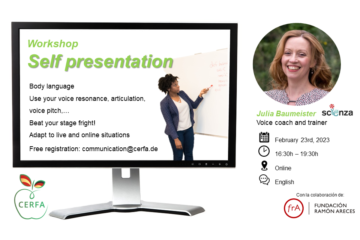 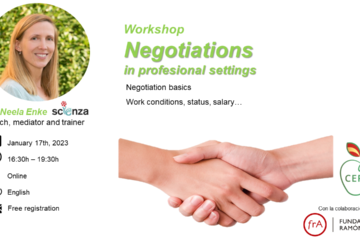 Soft skill education is normally focused on improving the employee´s professional skills and potential. However, one of the most neglected abilities is in negotiations. Good negotiation improves your leadership skills and the competence to solve problems. Read more…